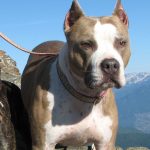 By Brian McLaughlin on May 7, 2019 in DGU, Uncategorized

According to Manchester Police, a 67-year-old man was forced to shoot a pitbull after it attacked him and his small dog. Police say Carlos Ryan was walking his dog near his home in Manchester NH at around 1:00 p.m. when he saw a dog he described as “large” and “aggressive” running out of a home […]